Yoga must be one of the most popular workouts for women because of its calming, soothing nature and its low impact method of movement. The health benefits of yoga are widely documented, from the physical strength that you build to the mental wellness you foster with constant practice.

Different types of yoga exist to match preferences and levels. Another one is emerging, and it’s starting to make waves because of its unusual requirements.

Nude yoga, as the name suggests, is the practice of yoga without any clothes whatsoever.

Practitioners of this type of yoga say that it has all the physical and mental benefits of regular yoga, but with an added sense of liberation and empowerment.

As the name suggests, nude yoga incorporates movements from the Hatha school of yoga, but with an added twist: practitioners do so without any clothes on.

One of the proponents of Nude Yoga is Rosie Rees, founder of Women’s Nude Yoga in Perth, and she says that it’s the perfect way to get healthy while fostering a sense of body love, self-acceptance, and comfortability in one’s own skin.

Rosie Rees picked up the novel concept after returning from an intensive yoga retreat in India earlier in the decade. Prior to Western white women claiming the art, nude yoga had already been practiced in India, albeit mostly by men.

In general, the practice of yoga stretches back thousands of years, and ancient yogis didn’t wear clothes either, so nude yoga seems like a natural regression.

For Rosie Rees, it was a practice that she tried out on her own at home. And when she did, she was overcome with a feeling of feminine expression, vulnerability, and  a radical self-acceptance that she wants all other women to feel as well.

At her Perth nude yoga studio, Rosie practices nude yoga with her students in complete privacy. Practitioners are assured that no outside eye will be able to witness their exercise and they can stretch out in complete comfort.

Proponents say that the lack of clothing allows them to feel physically more liberating, allowing people to transition between poses more fluidly and with more confidence, thus reducing the risk of injury and increasing the efficiency of the exercise itself.

Proponents of Nude Yoga say that it’s one of the most effective ways to deal with body confidence issues, with many practitioners claiming that it has helped them deal with decades-long body image issues.

For Perth’s Women’s Nude yoga founder Rosie Rees, she says the new form allowed her to be confident in her skin. And she felt the urge to share the same sort of transformation to other women, especially those who have a negative of their body.

Rosie Rees also claims that the regular practice of Nude Yoga is also beneficial for one’s sex life, as the newfound self-confidence allows women to be more open to sensuality, intimacy and the realities of their own sexuality. Rosie says that “amazing things happen when women relinquish their armor,” and whatever barriers to love they may harbor. She adds that plenty of her students return to their flats having the best night’s rest or the best sex — with lights on.

Yoga has always been known as a tool of empowerment for many women. Especially for women who may feel physically weaker, yoga has been crucial in the development of their physical strength, allowing them to gain more self-confidence in their everyday lives.

Coupled with the fact that Nude Yoga helps women shed the taboo nature of being naked, we think Nude yoga can be a beneficial step towards empowering yourself and the other women of your community. If nothing else, it’s a great way to protest modern consumerism and commercialism, a radical rejection of mainstream beauty standards and emphasizing self-beauty.

If you want to try and practice Nude Yoga, ensure that the studio is an accredited one, and that you’re comfortable with the teacher and the students you’ll be practicing with.

Remember, if you feel uncomfortable, trust your gut and find a new studio. Yoga in and of itself is supposed to be relaxing, but Nude Yoga may be more of a challenge for some people. 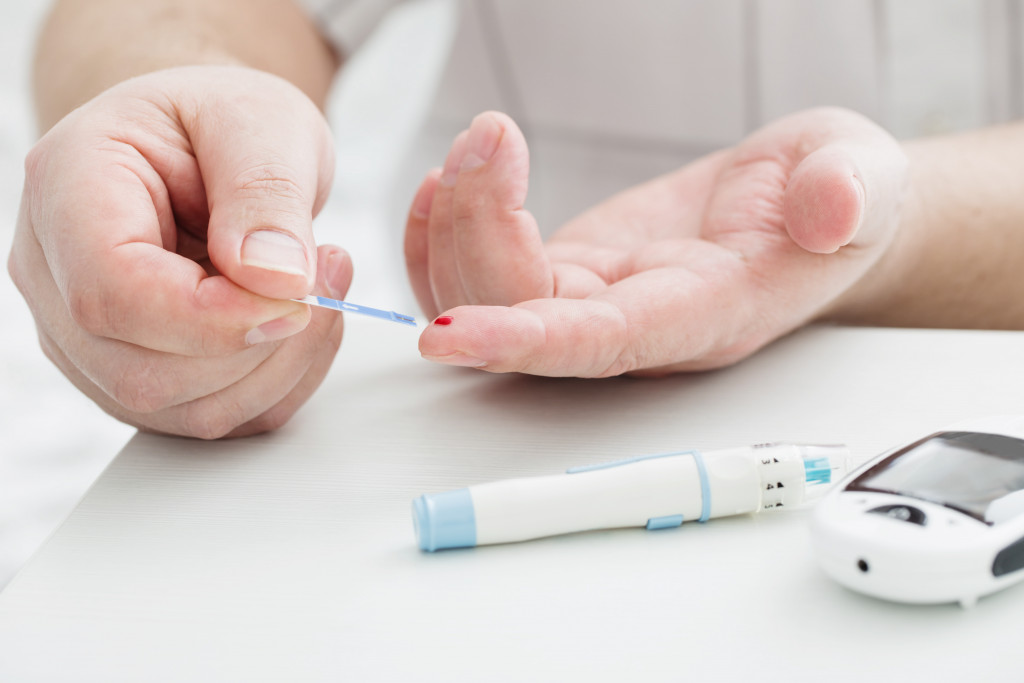