Disaster Relief: Types of Equipment that Help the Most

When Typhoon Haiyan struck the Philippines in 2011, Tacloban City was almost annihilated. The typhoon took over 7,000 lives and left millions homeless. Since then, Filipinos have always braced themselves when typhoons have been predicted.

But weather forecasts aren’t 100% accurate. So when the most recent typhoon, Rai, made its landfall on December 16, no one expected over 150 mph of winds. As such, many people thought their well-built homes could handle the typhoon. But those very homes had also been ripped to shreds afterward.

On a positive note, Typhoon Rai didn’t cause as many casualties as Haiyan did. But as with the 2011 typhoon, relief couldn’t come fast enough. Residents of the affected areas had to line up for miles to get gas and drinking water. Looting became the solution to hunger. Roads were blocked, so people who wanted to help were stuck in traffic.

Natural disasters emphasize the importance of disaster preparedness. It also highlights the role of the private sector in disaster relief. With effective collaborations between the public and private sectors, typhoon-devastated areas can receive help the soonest. Risks of looting, diseases, and death can be reduced.

That said, these are the most helpful types of equipment companies can provide for disaster relief: 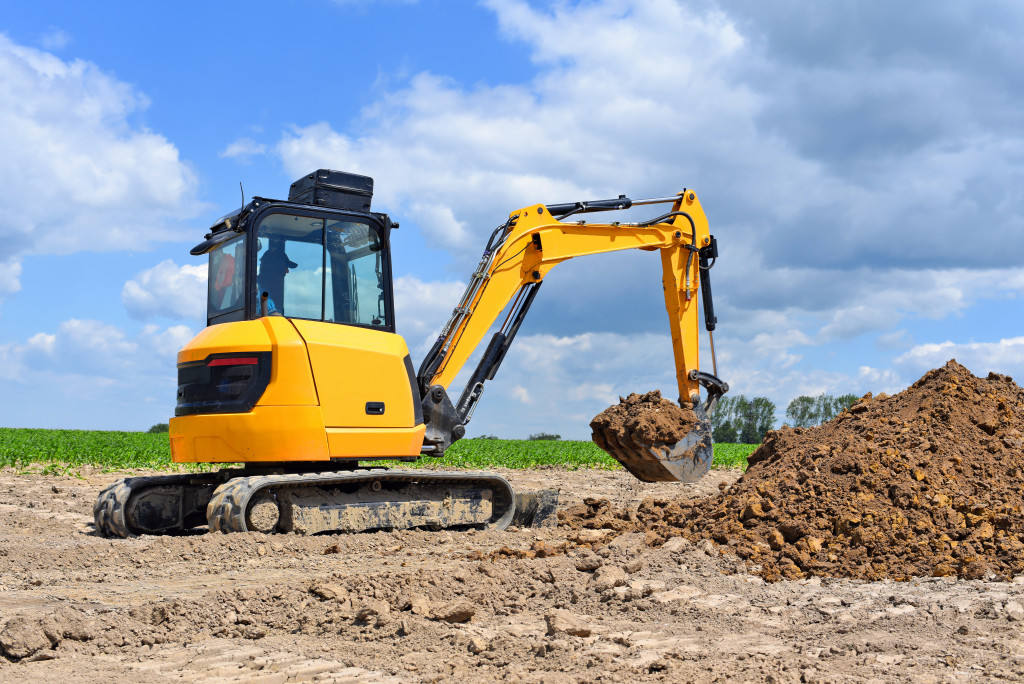 Excavators can remove obstructions from the road, such as uprooted trees, fallen posts, and other debris. Backhoe loaders can dig up eroded soil, helping unearth people or properties buried in landslides. They can also help rescue people stuck on rooftops due to floods.

In addition, since trucks and excavators can handle rough terrains, they’re one of the most reliable modes of transportation after a natural disaster. Any vehicle with off-roading capabilities is good, but bigger vehicles are more functional.

Cranes help reinstall electrical posts toppled down by strong winds or earthquakes. But in such a scenario, draglines are often used instead of just a crane. A dragline is a type of excavator with a crane attached to it. Its main purpose is to dig or dump material over a long distance.

When flights are canceled and roads are blocked, responders can only use helicopters to reach devastated sites. During various disasters, helicopters are the main means of operational command, rescue, and transport. It can carry relief goods and drop them down to people unable to evacuate. It also allows rescue personnel or government officials to scan the extent and severity of an area’s damage.

In addition, helicopters can extract people from rooftops, treetops, or any tall structure. They can also save people stuck in landslides or cliffs. And since all hospitals with trauma centers have helipads, people rescued via helicopter can immediately receive high-quality care.

Radio broadcasting proved vital during Typhoon Haiyan and the Australian bushfire. Radios help responders track survivors and obtain accurate, real-time information. For this reason, it would be beneficial for residents of flood-prone or earthquake-prone areas to own handheld radios. The device can save their lives and allow them to stay in touch with the outside world.

Construction equipment, such as heavy-duty portable air compressors, light towers, and more, help commence rebuilding as soon as possible. Air compressors, in particular, can also clear up debris, allowing roads to become passable fast. With obstructions out of the way, not only will rebuilding efforts take place immediately, but relief can arrive as early as possible.

For business establishments and homes to restore power, even just temporarily, generators will help. Even a portable power station is good enough, as it can charge smartphones and enable communication. A standby generator can power up a whole house or workplace, while heavy-duty portable types can power up temporary shelters.

Companies should have a backup generator ready no matter the season because power outages don’t just happen after a disaster. A backup power source will help maintain productivity and keep communication lines open. Homeowners, meanwhile, can rent portable generators before bad weather.

Many companies can provide these types of equipment, while the public sector can budget for them when the need arises. They should aid not just in major cities but also in rural areas where relief tends to come late, if not at all.